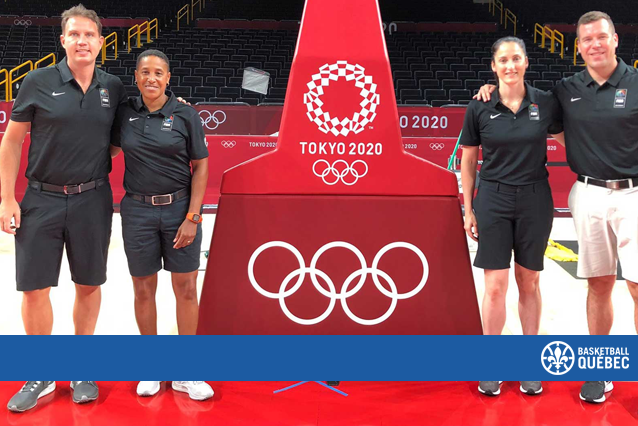 Basketball Canada and Wheelchair Basketball Canada honoured the 5 Canadian referees who officiated during the last Olympic and Paralympic Games in Tokyo, including 3 Quebecers, Maripier Malo, Sebastien Gauthier and Alexandre Lapointe.
“To be selected for the Olympic Games, referees are continuously evaluated at international tournaments on their performances and must exceed certain requirements to be nominated for a tournament of this level,” said Tim Heide, Chair, Canadian Basketball Officials Commission (CBOC).  “These assignments are a testament to their commitment to being the best and highlights the strength of the Canadian referee development pathway.”
As a result of their performances at tournaments, each Canadian referee was assigned to Olympic medal games. Maripier Malo, who officiated the FIBA U19 Basketball World Cup in Latvia just prior to Tokyo, was named to the women's gold medal game, USA-Japan.
At the Tokyo 2020 Paralympic Games, Sébastien Gauthier and Alexandre Lapointe represented Quebec. They both had an exceptional tournament and were rewarded for their performance and work on the field by being assigned to the gold medal game. In his sixth Paralympic Games, Sébastien Gauthier was named to officiate the men's gold medal game, while Alexandre Lapointe was named to officiate the women's gold medal game after making his Paralympic debut in Rio in 2016. 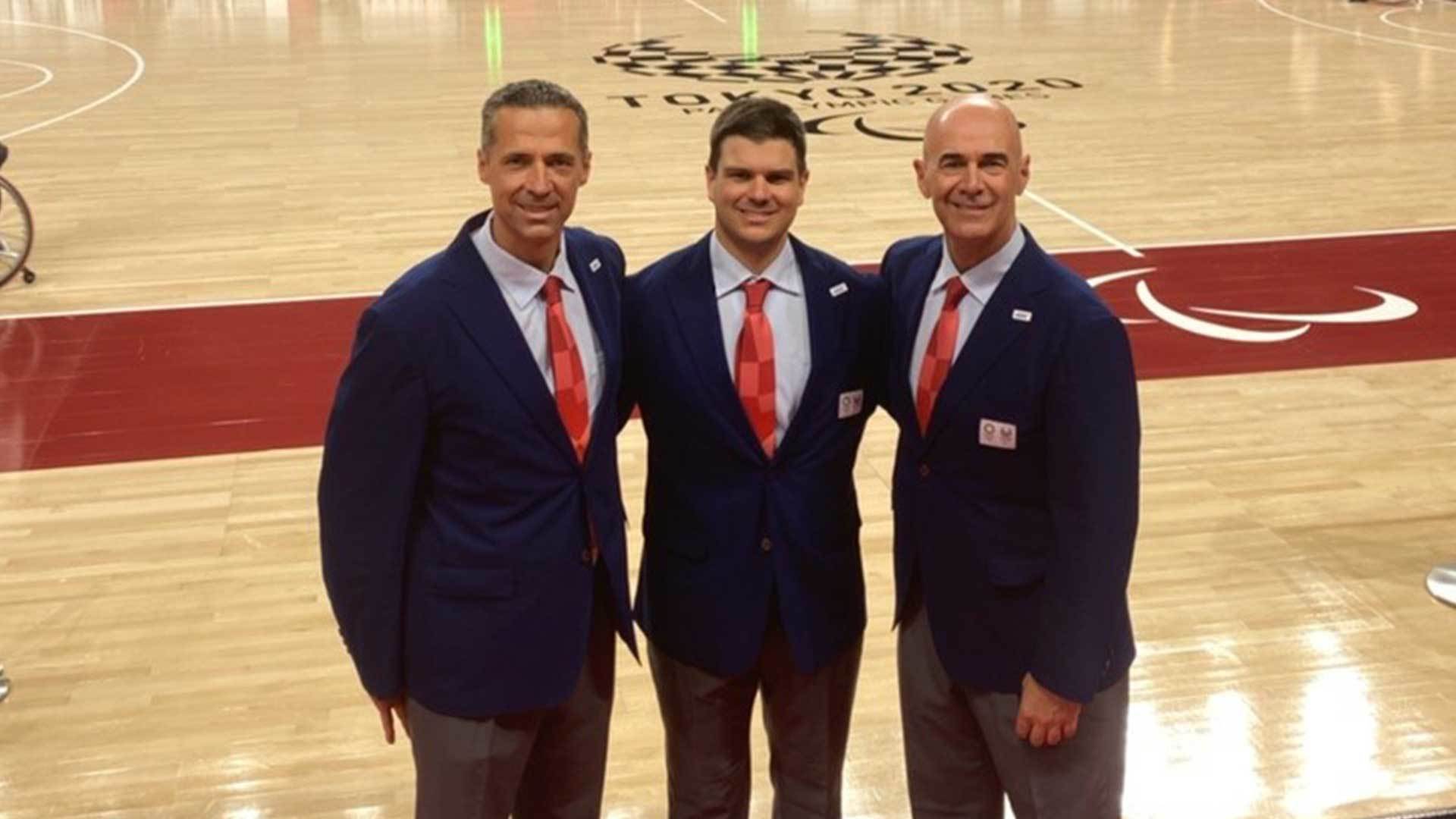 “The Olympics was a dream that I had written down a long time ago when I was a little girl. My aspiration was at first to attend as an athlete. Through the years and my journey as an official, my ambition became gradually a goal broken down into steps, and more and more attainable. So thrilled that my dream came true this summer at the 2020 Tokyo Olympics.  Most of all, I am so thankful to the support of all the people that believe in me, and help me in countless ways along the way. I will surely cherish those lifelong memories for a long time.” - Maripier Malo
“It is an honour to represent Canada on the world stage, and Canadian officials are always well respected worldwide. I try to do my best to maintain that level of quality in any national or international competition I participate in. Being selected amongst all the top officials in the world to work at the Paralympics is an accomplishment. When I was nominated to work the men’s gold medal game, it brought lots of joy, and I was very proud. I was excited, but I also had thankful thoughts for my family, friends, and fellow referees back home who supported me so much over the years.” - Sebastien Gauthier

Effective Concussion Management Awareness Campaign
Return to play plan
Professional basketball is back in Montreal: welcome to the Montreal Alliance!
Basketball Quebec Circuit is back!
Three Quebec referees honoured by Canada Basketball for their participation in the Olympic and Paralympic Games