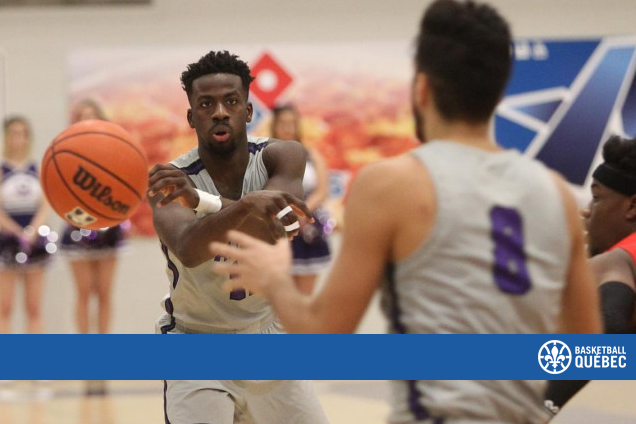 The Canadian Elite Basketball League (CEBL) announced the results of the 2021 university draft on Wednesday. The seven franchises of the EBCL drafted 21 student-athletes from 17 Canadian universities in three rounds of selection with the first pick being Nervens Demosthene from Quebec!

Each team had one pick in all three rounds, selecting in reverse order of their ranking in the 2020 BCBL Summer Series. The Saskatchewan Rattlers had the first pick. Saskatchewan used that selection to pick Nervens Demosthene, a 6-foot-2 third-year guard from Bishop's University. Nervens was named to the RSEQ First Team All-Star team in addition to being a champion in 2019-2020.

"It really means a lot, that accomplishment. I came from a division 2 team in Cegep before playing in the RSEQ division in university. It's really big for me! Being chosen like this shows that there are good players in Quebec and I'm looking forward to working with the Saskatchewan organization. "

Two other Quebecers were also drafted. The Fraser Valley Bandits selected Anthony Tsegakele with the 6th pick and Guillaume Pépin was selected in the second round by the Ottawa BlackJacks, a team coached by Charles Dubé-Brais of Quebec.